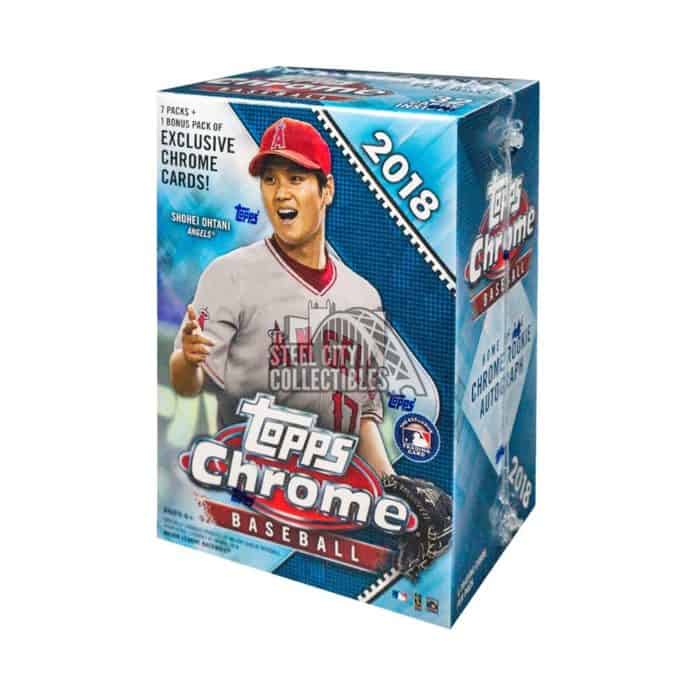 The rookie card line is incredibly amazing, attracting all the fans. The explosive set of rookie players is the main desirability. Let’s find out the top and best 2018 Topps chrome rookies for Major League Baseball fans.

What Is the Best 2018 Topps Chrome Rookie Card?

The rookies in 2018 are now the top and leading baseball players. They are making their teams proud and producing unbelievable results. From Shohei Ohtani to Rafael Devers, Ronald Acuna, Tyler O’Neill, and others, the 2018 Topps Chrome features some strong contenders.

Winning Rookie of the Year Award, Shohei Ohtani is a professional Japanese pitcher, outfielder, and designated hitter. Being a part of the Los Angeles Angels, Ohtani smashed new records in 2021 by making 28 home runs in Derby, at least 500 feet with six.

The card shows Shohei Ohtani pitching and ready to deliver. The left bottom corner is the logo of Los Angeles Angels with Ohtani’s name in front. At the top left side is the official logo of Topps Chrome. And the backside is his Japanese League pitching record.

The 2018 Topps Chrome card of Ronald Acuna Jr. shows him hitting hard with all his might. There is the official logo of Topps Chrome on the left side of the card, with the Atlanta Braves logo on the bottom left side. At the backside, you can find his minor league batting record.

Ronald José Acuña Blanco Jr. is a Venezuelan outfielder, playing for Atlanta Braves. During first spring training, it was believed that Acuna hits the ball like a mighty. The Rookie of the Year recipient has 105 home runs, and he never misses a chance to intimidate his rivals in the field.

Rafael Devers Calcaño is the brightest and a talented young third baseman for Boston Red Sox. In 2018, Devers won the World Series Championship title, making him an exceptional player. In 2021 alone, Rafael Devers hit 38 home runs and 113 RBIs in 156 games.

The 2018 Topps Chrome rookie card has Rafael Devers in action after hitting the ball. On the right side of the card has the official logo of Topps Chrome. Whereas, the left bottom features a logo of the Boston Red Sox. The backside has his minor league batting record.

The card features Gleyber Torres running after hitting the ball with his bat. On the left side of the card, fans can find the logo of Topps Chrome. Along with is the official logo of the All-Star Game. At the backside of the card, there is his minor league batting record.

Starting career after back-to-back All-Star appearance, Gleyber David Torres Castro never looked behind. He is a shortstop for New York Yankees. 2020 has gone wasted due to the COVID-19 pandemic. Nor he was able to shine in the 2021 season where he managed to make only 9 home runs.

Walker Anthony Buehler is a professional baseball pitcher, playing for Los Angeles Dodgers. In 2021, Buehler won National League All-Star and received the Pitcher of the Year award. Though he struggled at the start of the 2021 games. But later, he proved that he isn’t frightened to rule.

It is an outstanding horizontal card, showing Walker Buehler throwing the ball with all his strength. The left side has the Topps Chrome logo, and the left bottom features the official Los Angeles Dodgers logo. The backside has his minor league pitching record for reference.

2018 Topps Chrome rookie card of Tyler O’Neill shows him in action after hitting the ball. The bottom left of the card has St. Louis Cardinals logo and the left top side has the Topps Chrome official logo. The backside illustrates his exceptional minor league batting record.

Max Dorian Fried is a pitcher for Atlanta Braves. He is young blood for the Braves, perfect offense for the rivaling teams. In 2020, Fried received Golden Glove Award and Fielding Bible Award. In 2021, he continued slashing previous records and winning over the hearts of fans.

With the Topps Chrome logo on the top left and the Atlanta Braves official logo on the bottom left, the shiny card has Max Fried in action. He is ready to throw the ball and rule the field. The backside of the card has Fried’s minor league pitching record in complete detail.

In the beautiful white jersey, Ozzie Ablies is seen running after smashing the ball. The backside of the card has his wonderful minor league record. While the right top of the card has Topps Chrome official logo and the left bottom has Atlanta Braves “A” logo.

A Curaçaoan player, Ozhaino Jurdy Jiandro “Ozzie” Albies is a professional second baseman for Atlanta Braves. He won Silver Slugger Award in 2019 and 2021 and received Heart & Hustle Award in 2021. Ablies hit 30 home runs and 128 strikeouts alone in 2021 for the Braves.

Rhys Dean Hoskins is the first baseman and left fielder for Philadelphia Phillies. He sustained an abdominal tear and other injuries in 2021, which resulted in rest and delay in the game.

It’s a pink refractor for Rhys Hoskins where he’s in action after hitting the ball. The backside of the card has his minor league records, and the front has Topps Chrome and Philadelphia Phillies official logo.

In action throwing the ball, Jack Flaherty’s horizontal card has his pitching records from the minor league at the back. In the front, there are Topps Chrome and St. Louis Cardinals official logos.

Jack Rafe Flaherty is the acing pitcher at St. Louis Cardinals. The young pitcher made a record of 85 strikeouts with 26 walks over the 781/3 innings. He succeeded even after oblique and shoulder strain.

These are some of the best 2018 Topps Chrome rookie players who honored their teams and made them proud. Today, all of these players are slaying in their respective teams, smashing records over records. The 2018 Topps Chrome baseball cards are a must-buy for every fan!